The thought of convincing your parents pole dancing is good may be an uphill battle–especially if you live in the United States.

Pole dancing= Great. But what should you do to prepare before and after your pole dancing exercise?

END_OF_DOCUMENT_TOKEN_TO_BE_REPLACED 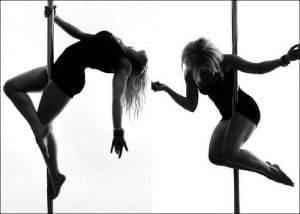 You know the more and more I cruise the internet and read on all the blogs and websites wring out their two cents on the pole dancing industry, the more I’ve felt the need to make this post.

You can quickly distinguish the newbie pole dancing blogs from the seasoned, the liberal writers from the more reserved. You see the difference in tone and attitude, depending on whom your talking with.

Recently I returned a phone call that had been taken in the early morning hours when the shop had not opened yet. Although the individual calling hadn’t left a message, yet the record showed that someone called. So I decided to take matters into my own hands and attempt to return the call.

When the other line picked up it was answered by: “Hello, Cheesecake Factory”. Oh boy.

Now I know the deal with people and pole dancing. They’re either for it or not. And you never know until you test the waters on the phone. Unfortunately in this case, you could here the woman on the other end of the line turning red as soon as it mentioned that we were returning a call from a pole dancing company.

“God no! No one here would be calling you at 8 in the morning for pole dancing, how dare you….there must be something wrong w/ your phone system”.

That’s right my dear. Our phone system is apparently not in full working order, it doesn’t take calls, record where they’re coming from, voicemail never works….but we keep doing biz w/ them. 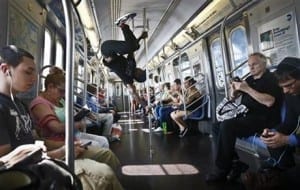 C’mon!!!! What I’ve realized is there is the haters and then the lovers. But one thing is for certain: Every time a new pole dancing website, blog, company, Oprah, whomever….every time they want to mention pole dancing is for fitness.

Has everyone been living under a rock for the past few years. Has it not donned on anyone that pole dance fitness studios are opening everywhere, you friends have taken classes, Oprah has brought it up 8 times! And still many haven’t figured out that it isn’t stripping?

Let’s come up to speed folks. Pole dancing IS great for fitness and good for you both physically and mentally. Stripping is not the same. Just ask any of your pole dancing beginner class attending friends if they had to show a nipple the last time they trained.

ReWatch the Video Below: 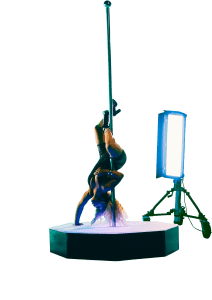 Since a lot of people are slowly but surely getting into the pole dancing scene whether by watching through youtube or signing up for a local class; one thing that many tend to sweep into the closet is the basic strength training and maintenance exercise needed.

Our friends over at Candy and Chrome pole dancing studios in the UK have put together a blog post to help you not forget the basics in maintenance exercise and strength building required for the art of pole dancing.