You are here: Home1 / Blog2 / Celebs & Pole Dancing3 / All Star Stages on the Maury Show 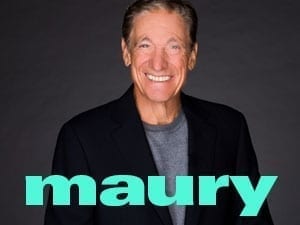 All Star Stages teamed up with the Maury Povich Show back 10 years ago in 2010. A pole dancing stint was the deal for this episode.

A self confessed nerd in high school turns to the pole later in life to shock her male guest who made fun of her earlier in life.

The fun part of the show was the unique character of the pole dancer herself, being it that she was a single-leg pole dancer. Her other leg was a prostethic.

Not sure how many one-legged strippers have appeared on the show since 2010. I’m sure a little googling you could find out. I’d rather take another look from 9 yrs ago and leave the rest to the internet boneyard.

All Star Stages offers portable stripper pole services to Los Angeles, Miami, NYC, and Las Vegas areas. The Maury Povich Show is produced by the same company that owns Jerry Springer Show and Steve Wilkos. They shoot on the same sound stage different days of the week in Stamford, CT.

How many x you think he’s had a single legged dancer on the show?

We’re not sure nor are we about to do the research to find out.